Current Work
My research is conducted in collaboration with the Indigenous Maijuna people of Sucusari, Peru, Georgetown University, George Mason University, OnePlanet, the ACEER Foundation, and the Peruvian Fulbright Commission. I have three main research objectives:
1. Understand the ecological and cultural roles and significance of mineral licks.
2. Understand how individual hunters' decision-making practices influence mammal conservation.
3. Understand the impacts of subsistence hunting on mammal behavior at mineral licks.
Mineral licks are naturally-occurring sites in the rainforest which have minerals and clays locked in the soil. Animals need these minerals and clays, so they visit these sites and consume the soil. However, natural predators and hunters will also commonly visit these sites looking for prey. Mineral licks often have exposed bedrock, where erosion weathers the rock and leaches minerals into the soil. Most of these sites are difficult to find because they may be in remote areas and they don't look like much more than a muddy clearing. The presence and characteristics of these licks are, accordingly, very poorly documented and understood. 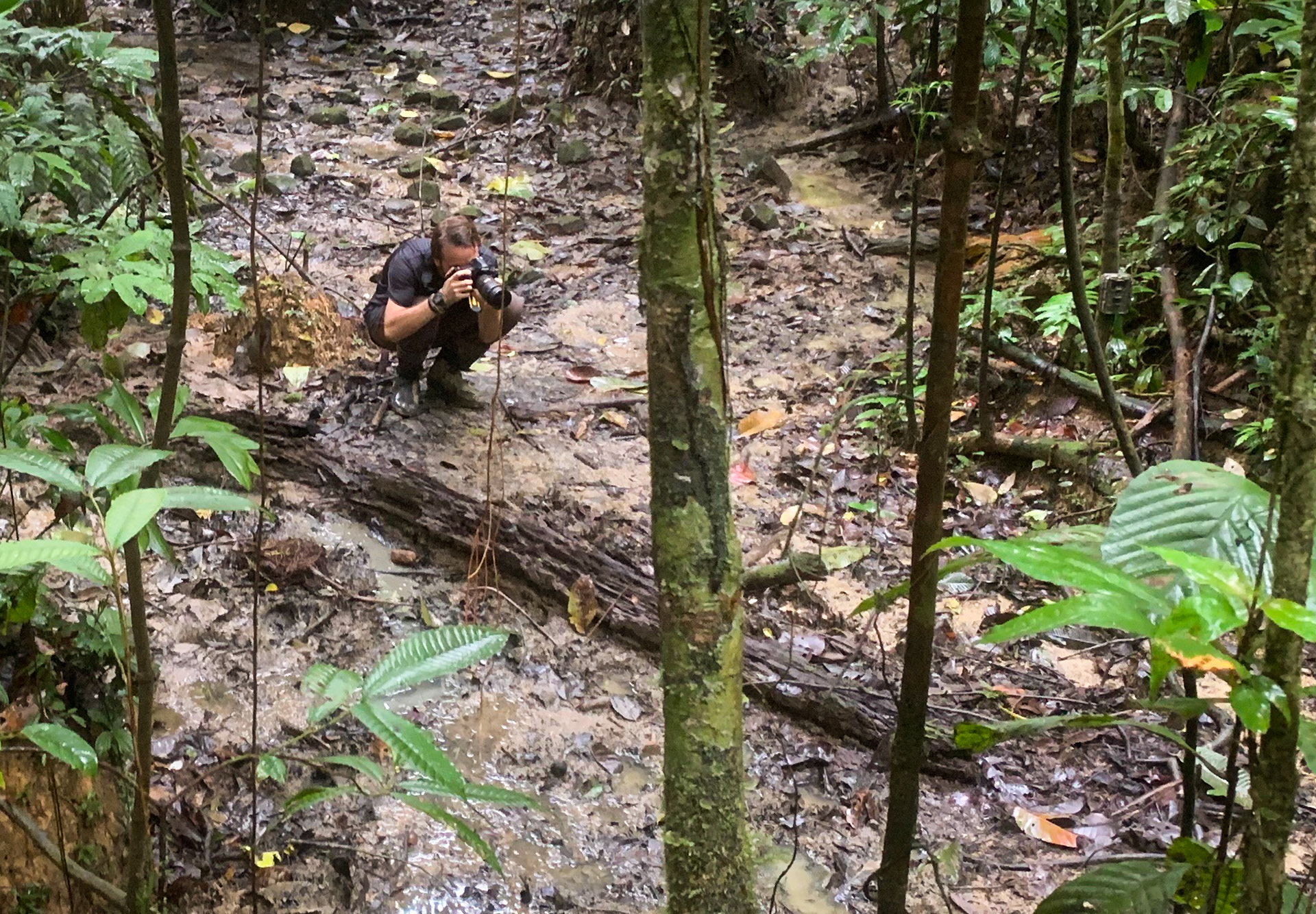 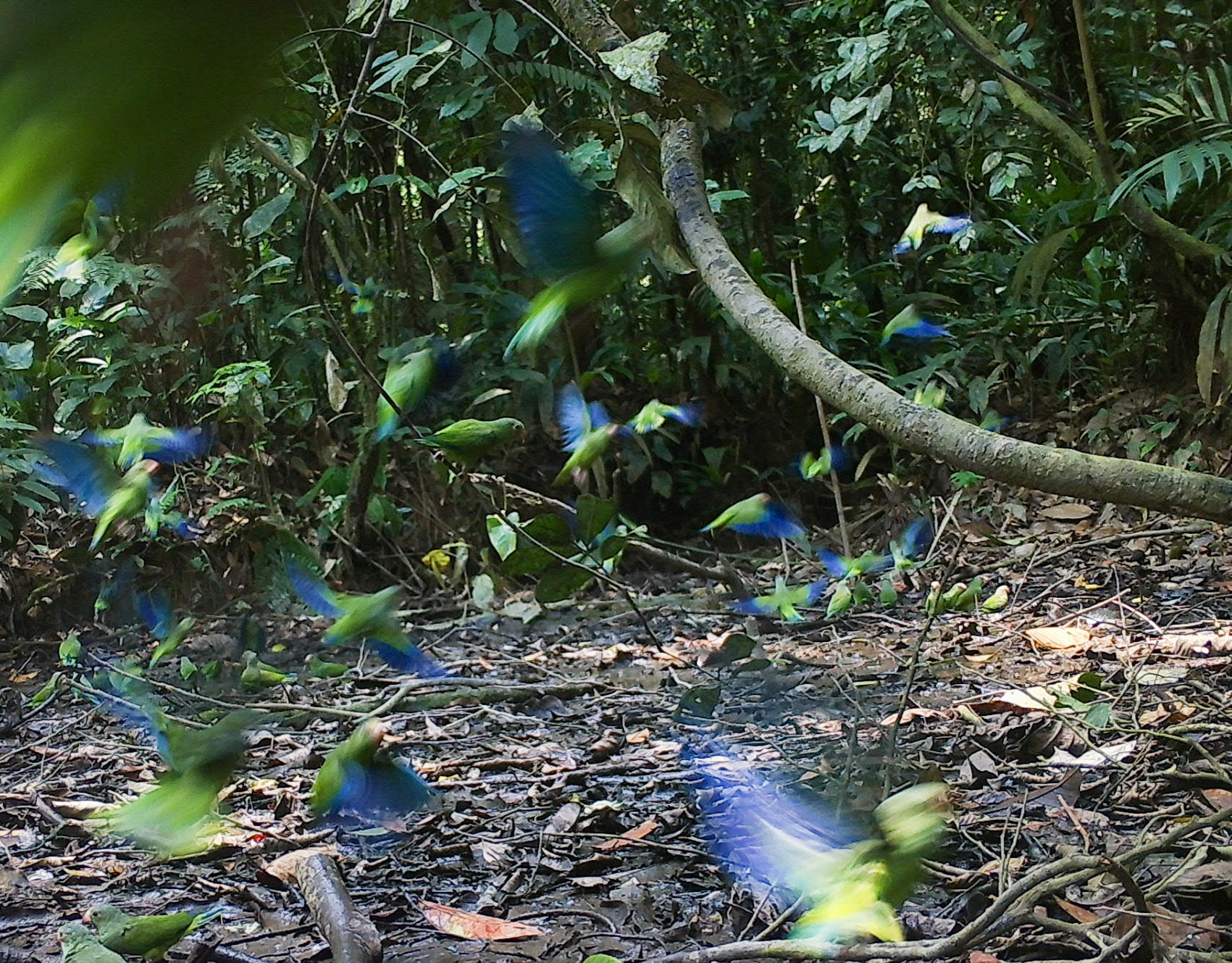 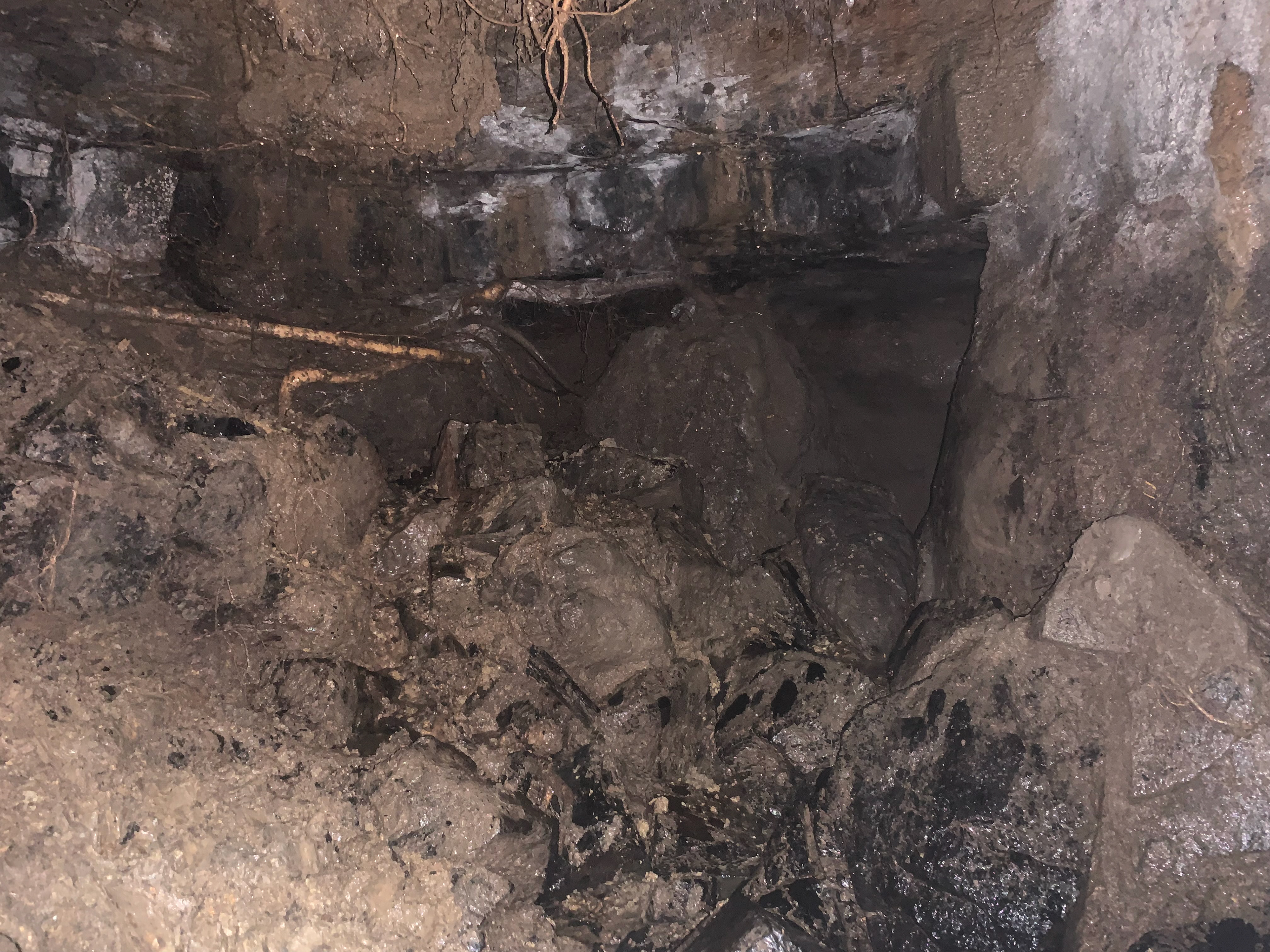 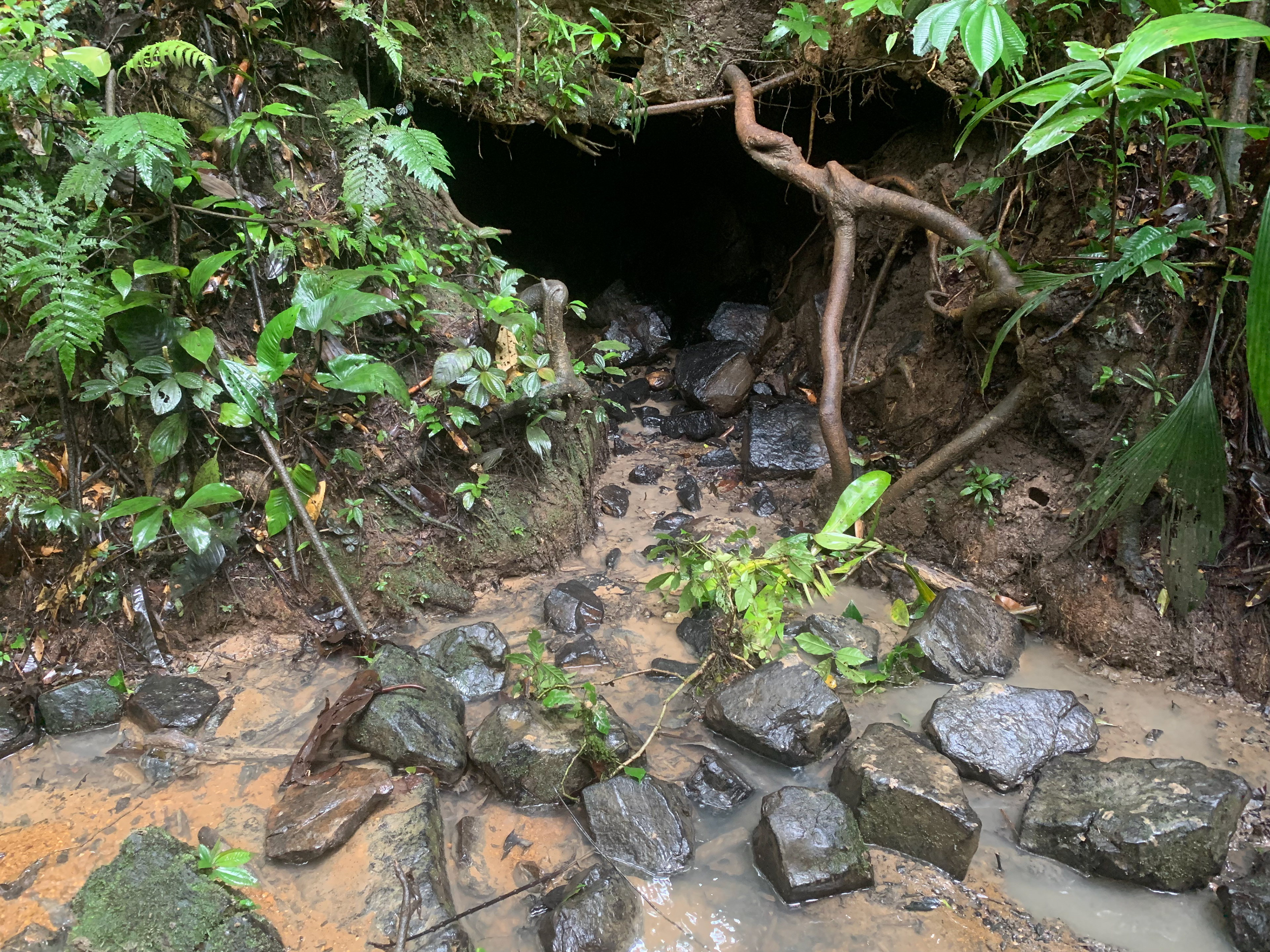 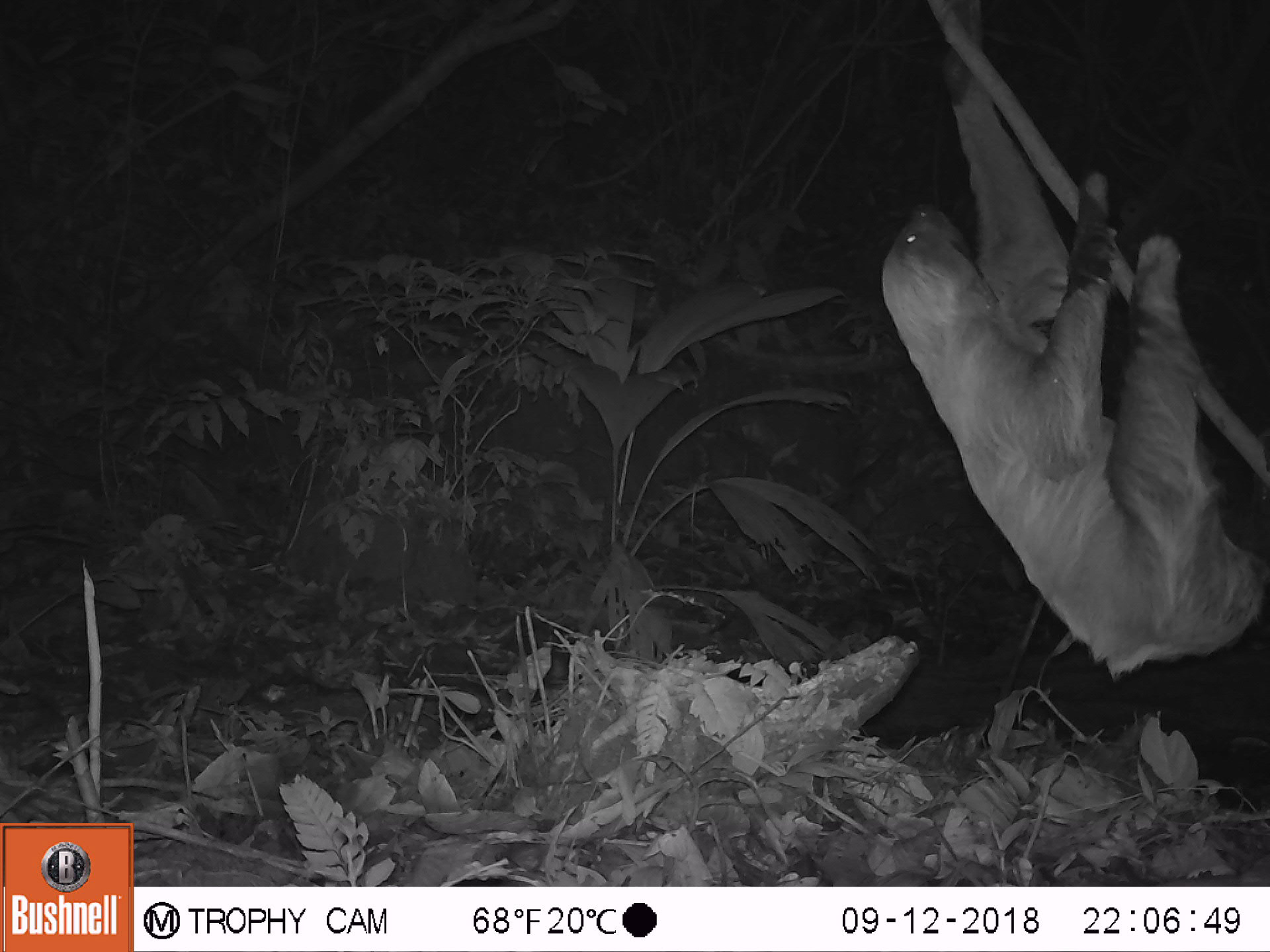 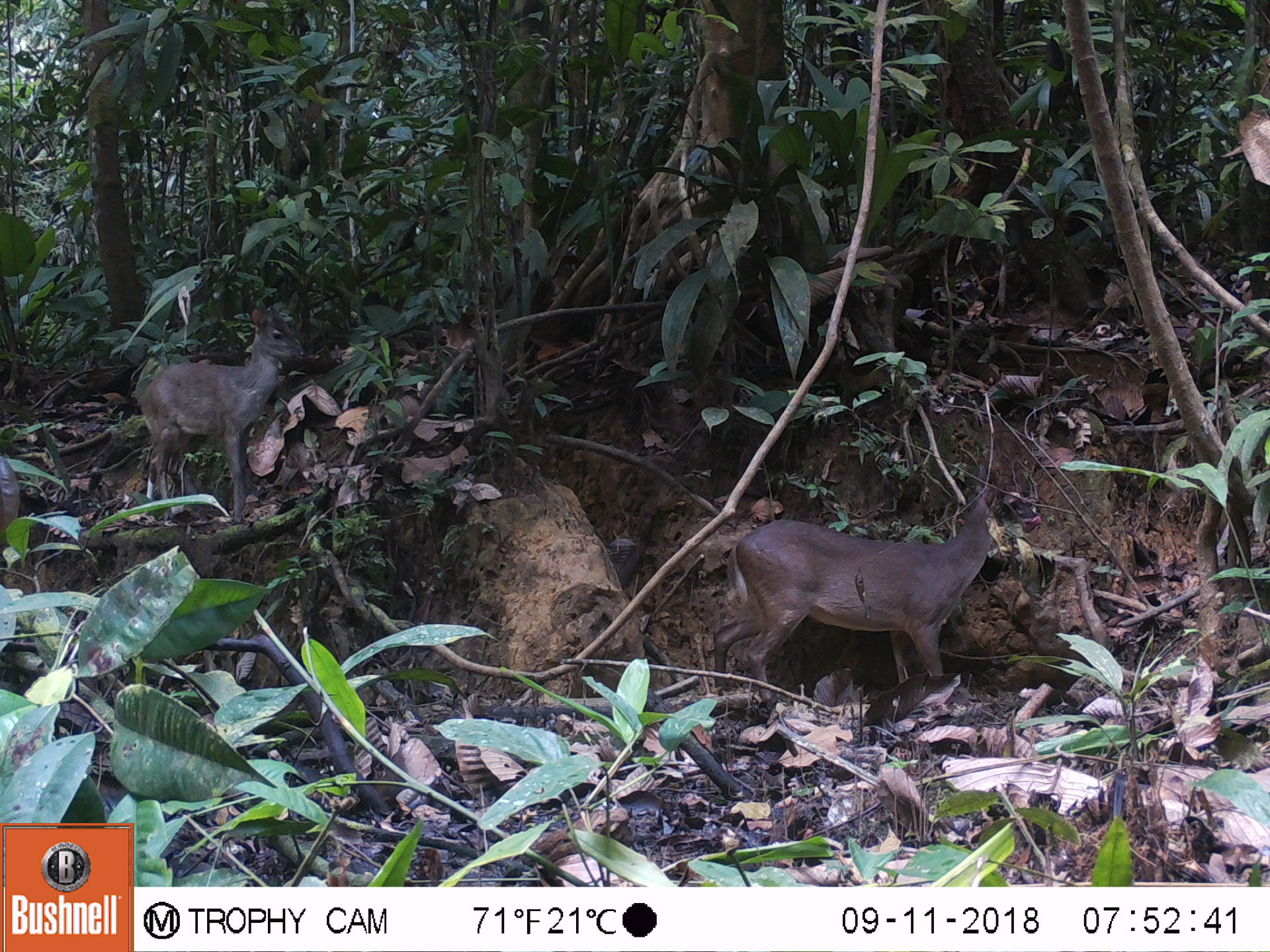 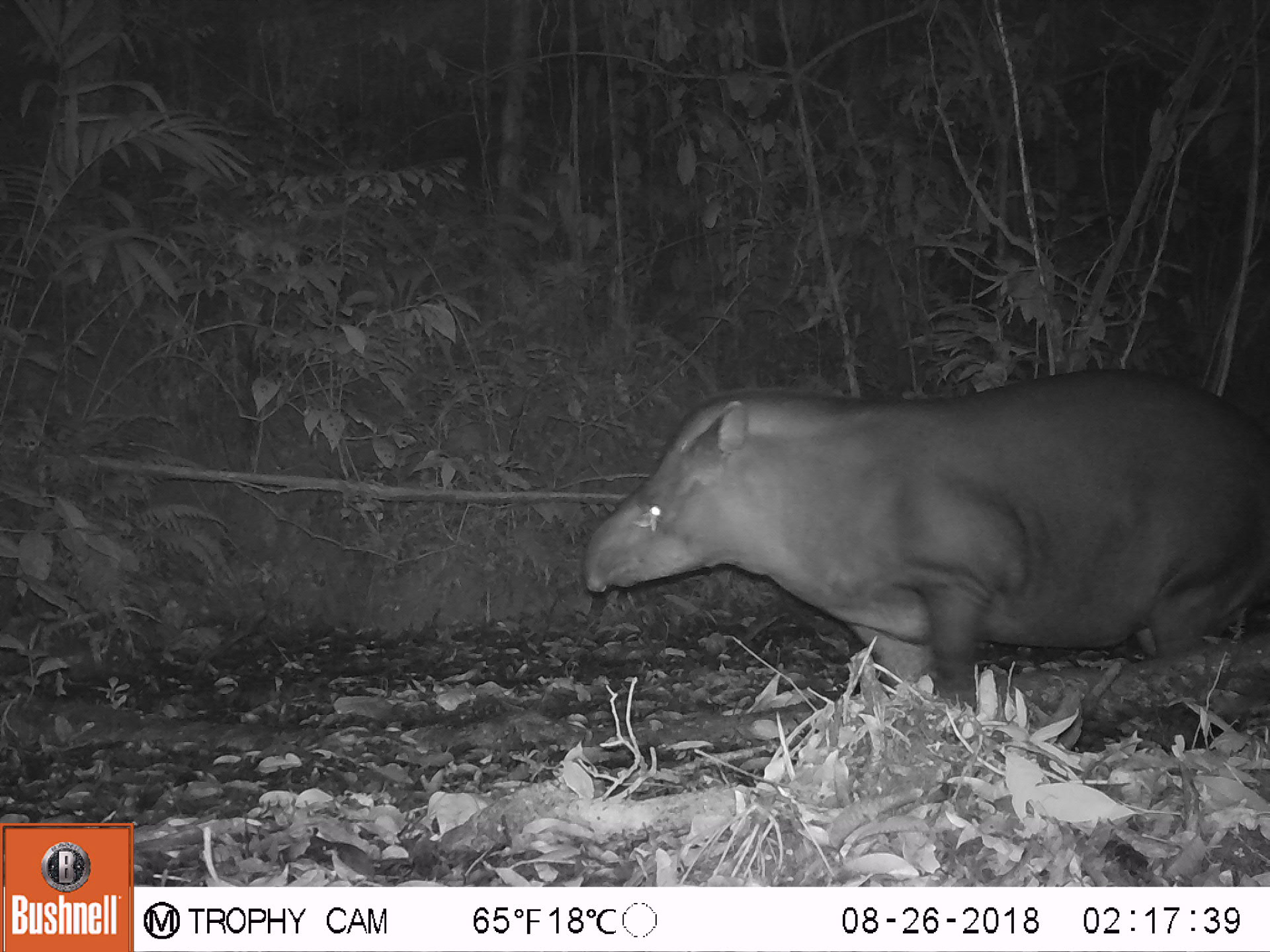 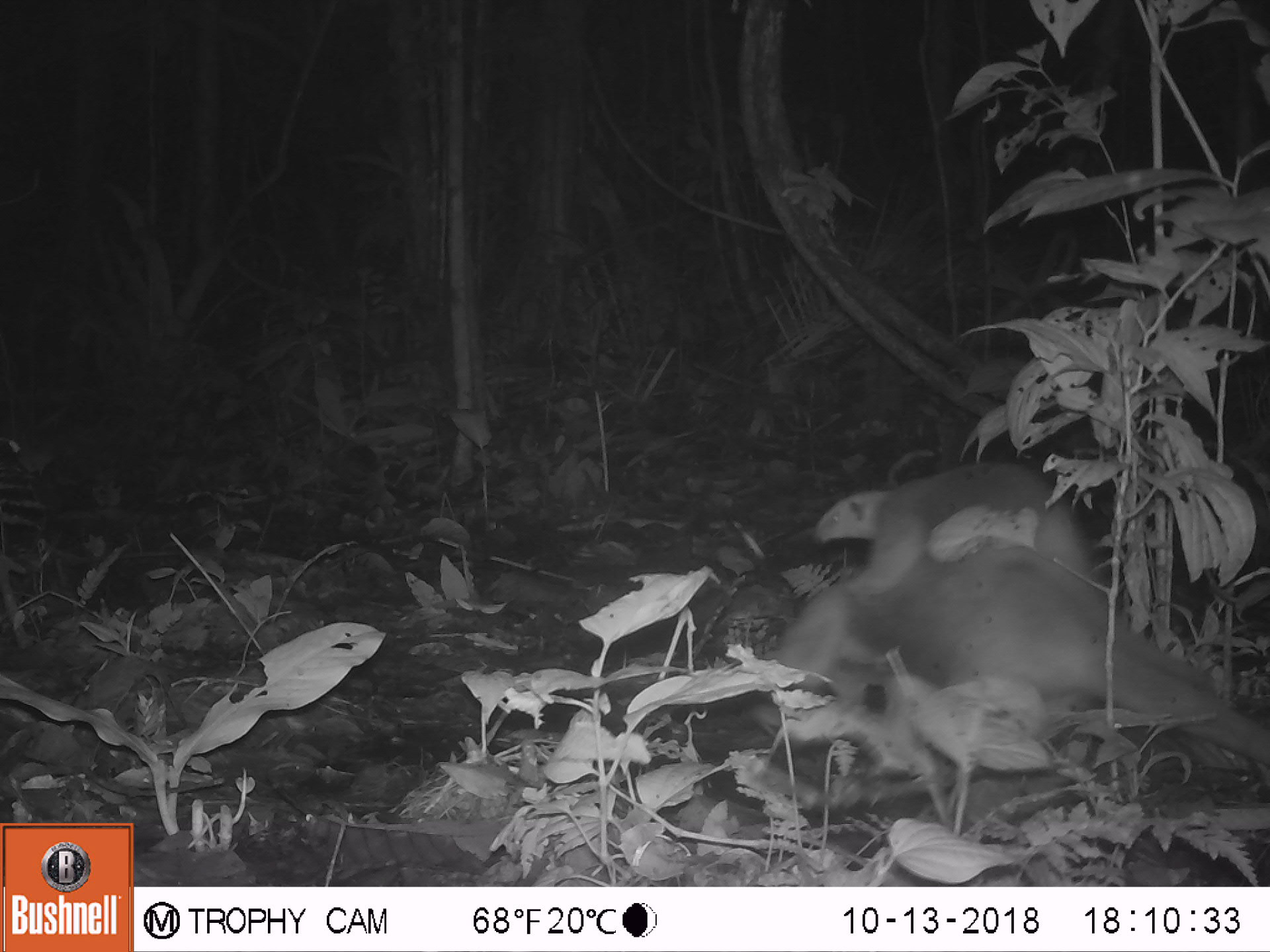 At these sites, I take photos and measurements and leave motion-activated camera traps, which record all the animals coming to visit the lick.
To measure hunting levels and the cultural relevance of these sites, I do interviews with hunters using a technique called participatory mapping. In their interviews, hunters draw on a map where they went hunting during the week, and indicate the locations of animal species that they either saw or killed. This spatial data is analyzed to give context to the camera trap photos!
Photo by Wilfredo Martinez

Temporal patterns of visitation of birds and mammals at mineral licks in the Peruvian Amazon
Abstract
Mineral licks are key ecological resources for many species of birds and mammals in Amazonia, providing essential dietary nutrients and clays, yet little is known about which species visit and their behaviors at the mineral licks. Studying visitation and behavior at mineral licks can provide insight into the lives of otherwise secretive and elusive species. We assessed which species visited mineral licks, when they visited, and whether visits and the probability of recording groups at mineral licks were seasonal or related to the lunar cycle. We camera trapped at 52 mineral licks in the northeastern Peruvian Amazon and detected 20 mammal and 13 bird species over 6,255 camera nights. Generalized linear models assessed visitation patterns and re- cords of groups in association with seasonality and the lunar cycle. We report nocturnal curassows (Nothocrax urumutum) visiting mineral licks for the first time. We found seasonal trends in visitation for the black agouti (Dasyprocta fuliginosa), red howler monkey (Alouatta seniculus), blue-throated piping guan (Pipile cumanensis), red brocket deer (Mazama americana), collared peccary (Pecari tajacu), and tapir (Tapirus terrestris). Lunar trends in visitation occurred for the paca (Cuniculus paca), Brazilian porcupine (Coendou prehensilis), and red brocket deer. The probability of recording groups (>1 individual) at mineral licks was seasonal and related to lunar brightness for tapir. Overall, our results provide important context for how elusive species of birds and mammals interact with these key ecological resources on a landscape scale. The ecological importance of mineral licks for these species can provide context to seasonal changes in species occupancy and movement.
Citation
Griffiths B. M., Bowler, M., Gilmore, M. P., & Luther, D. A. (2020). Temporal patterns of visitation of birds and mammals at mineral licks in the Peruvian amazon. Ecology and Evolution. https://doi.org/10.1002/ece3.7006