July 15, 2018
Yesterday began with a shuttle to the airport at 3am. Not my best flight choice. Anyway, even at 3am the traffic was insane and at 3:45am the line for check-in for LATAM airlines was down the block. I'm not sure why the Lima airport can't get the flight timing thing down, but I have never been there to check in where the line has not been literally out the door. Anyway, I was in Iquitos by 8:30am, finally. Iquitos is a somewhat unique city because it's one of the largest, if not the largest, island city in the world with almost a million people. I don't mean island as in in the middle of the ocean, just that there aren't any roads in or out. Iquitos is, essentially, an island city in the middle of the Amazon Rainforest where the only way in or out is by plane or boat. Again, it's a pretty unique place.
I checked in for the hotel, took a shower of course, and settled in for a cup of coffee to wait for Mike, my advisor, who was in on the next flight at 12:30pm. We grabbed a motocar (a motorcycle with a bench on the back, the only real transportation in Iquitos) and went out for lunch finally; I hadn't eaten in almost 24 hours. We then met up with some of the Maijuna leaders, Shebaco, Victorino, and Duglas as well as Christa (who runs an Amazonian education NGO), Pam (the owner of the eco-tourism company that runs all of our logistics), and Liz and Elvis (working for OnePlanet, Mike's NGO in Peru). The meeting was to discuss changes to be made to a Cultural Interpretation Center currently in Sucusari, the Maijuna community where I'll be living.
To make a long story short, the CIC is shrouded in controversy. A local NGO put in the CIC without consulting the Maijuna about what would be inside, and the result was somewhat different than what we would have envisioned. I'll leave it at that. Anyway, OnePlanet has taken over the CIC and changes need to be made. It's important to keep all of the stakeholders involved in the planning process so those same mistakes aren't made again. The meeting last over 3 hours and we only got halfway done, so we adjourned for the night for some pizza. Pam knows all the good food spots. 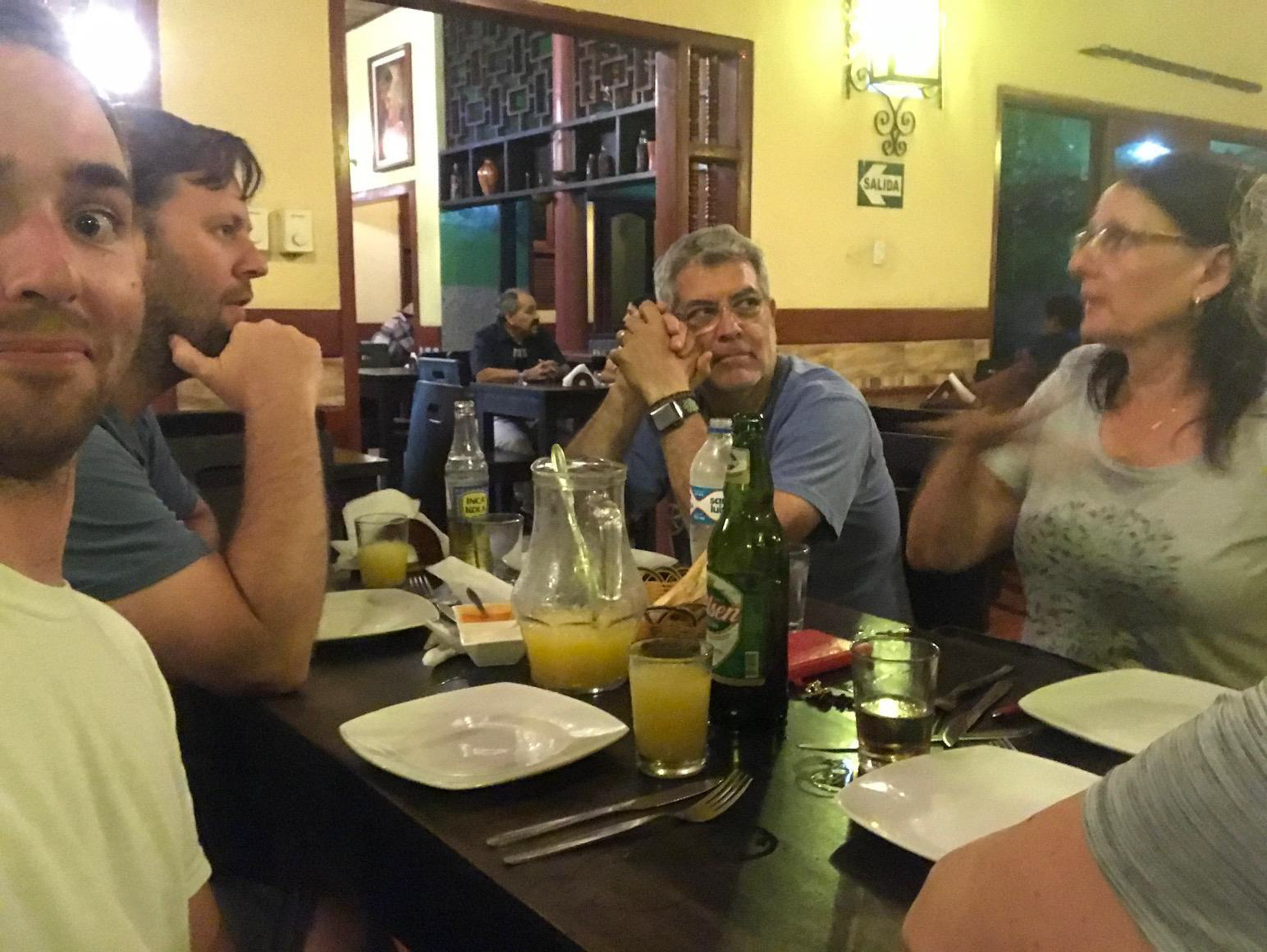 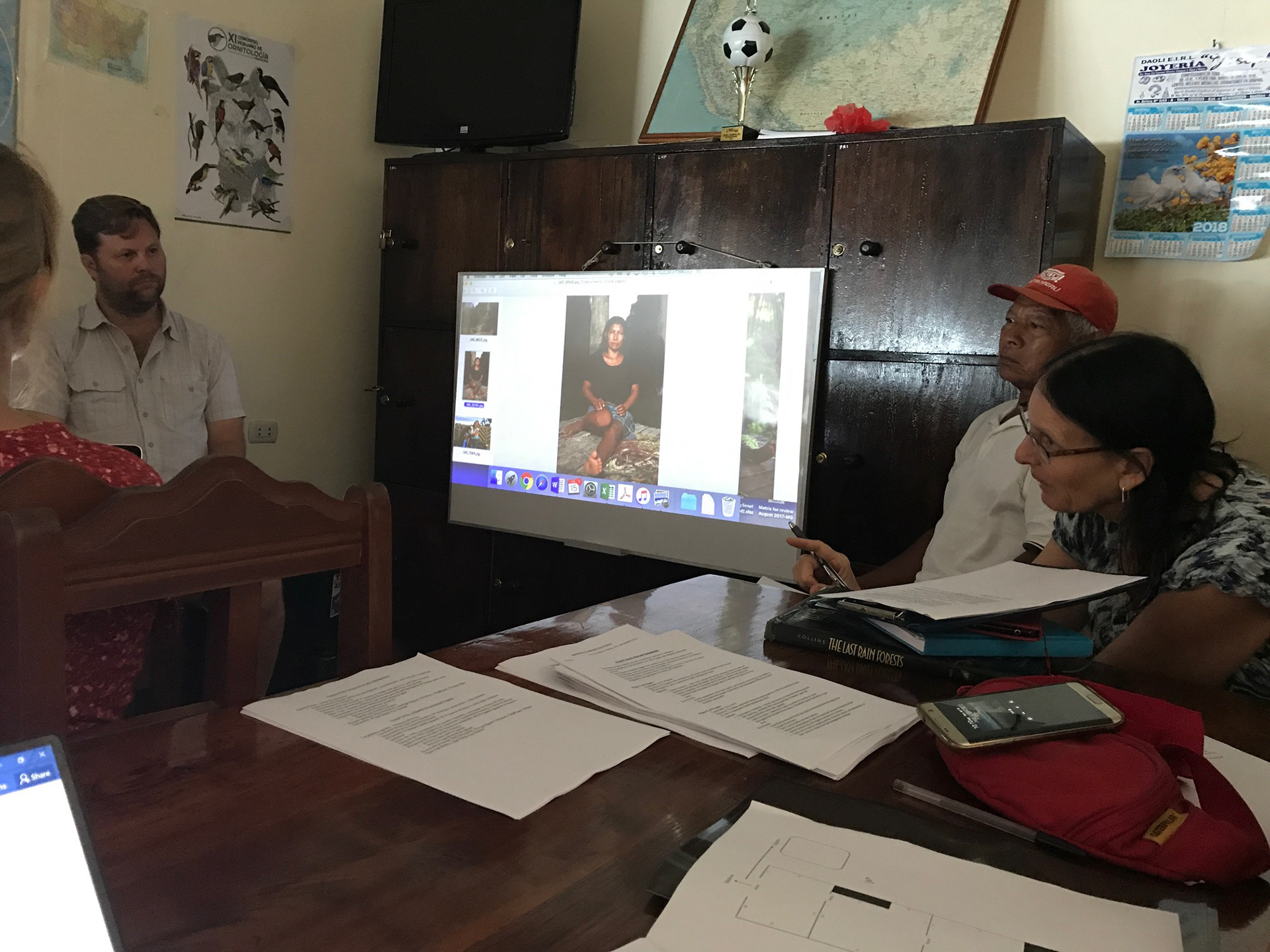 This morning was a great fresh start. A breakfast sandwich and we were back in a motocar on the way to finish the previous night's meeting. Three hours more and the CIC conversation was finished! Ran to the market to buy some toothpaste and we all finally loaded onto a boat to head up to the Napo River, leading to the Sucusari River (a two and a half hour ride in the speed boat). Here is Duglas, Victorino, Elvis, and Mike in the photo! Now, we are staying at ExplorNapo for a few nights, which is a very rustic eco-lodge at the mouth of the Sucusari. Wi-fi goes in and out, but this will be where I head down the river to to reconnect when I can.

We were pumped up after dinner and went for a night boat ride to look for wildlife. It was a good run! An Amazon Tree Boa, Capped Heron, Crimson-Crested Woodpecker, butterflies, Pink River Dolphins, and a Potoo (a camouflage master - Google it!). We also saw some sleeping Pygmy Kingfishers, one of which woke up from the light and flew straight into my face. No lie, the bird literally impacted my face. Not a bad first few hours in the Amazon.

No Birds to the Face

The Middle of Nowhere

The Amazon Course
↑Back to Top